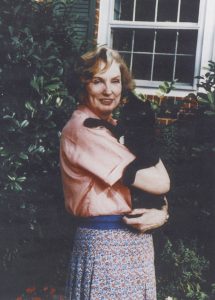 Michael M. Rea founded The Rea Award for the Short Story in 1986 to encourage the writing of short fiction. “The basic thrust of the award,” Rea noted, “is to foster a literary cause, to ennoble the form, to give it prestige.” The Award is given annually to a living US or Canadian writer who has made a significant contribution to the discipline of the short story form and is sponsored by the Dungannon Foundation. Cynthia Ozick, the first winner of The Rea Award, said, “By now the Rea Award is an indispensable American institution and a coveted American prize. It is our little Nobel.”

Elizabeth Spencer is a permanent and treasured part of the American short story vocabulary. Her stories sparkle with acute and often startling intelligence. They are alert to the otherwise unobserved, vital nuances of our most secret selves. They are witty, frequently mordant, emotionally thorough, and both far-ranging and surprising in their sympathies and in their sharp vision of where our human accounts come due. Nominally — but as a writer only nominally — a Southerner, Spencer has for seven decades set her exquisite stories widely — Italy, Canada, Mississippi. And in so doing, she has crafted stories that read large to us, that relish language, that revel in their delicious verbal (and moral) distinctions, that take liberties and never fail to pay off. It is not at all that Ms. Spencer has lasted as a writer, but rather that she has thrived at the height of her powers to a degree that is unparalleled in modern letters.

Elizabeth Spencer is the author of eight short story collections and nine novels. Starting Over (2014) is her most recent collection of stories. Other short story book titles include Ship Island and Other Stories (1968); The Stories of Elizabeth Spencer (1981); Marilee (1981); Jack of Diamonds and Other Stories (1988); On the Gulf (1991); The Light in the Piazza and Other Italian Tales (1996); The Southern Woman: New and Selected Fiction (2001).

The Light in the Piazza (1960) was made into a Metro-Goldwyn-Mayer movie in 1962 starring Olivia de Havilland, Yvette Mimieux and George Hamilton. The Light in the Piazza was also made into a play and opened on Broadway at Lincoln Center in 2005 winning six Tony Awards. The play toured nationwide until 2007 and is still performed in various locales. Spencer also wrote the play For Lease or Sale (1989).

Landscapes of the Heart (1998), a memoir, became the basis of a documentary film entitled Landscapes of the Heart: The Elizabeth Spencer Story. Spencer writes of her work, her life and her long friendship with Eudora Welty, who has said of her work: It has never been doubted that Elizabeth Spencer knows the small, Southern, backwoods hilltown down to the bone. This she transforms by the accuracy of her eye and ear, talent and a certain prankish gaiety of spirit into a vital and absorbing novel.

Five times included in the O. Henry Prize Stories, Elizabeth Spencer has received numerous awards notably the PEN/Malamud Award for the Short Story in 2007. Other awards include the Recognition Award from the American Academy of Arts and Letters in 1952; a Guggenheim Fellowship in 1953; the Kenyon Review Fiction Fellowship (1956-57), the First Rosenthal Award from the American Academy of Arts and Letters in 1957; the Bellaman Award (1968); the Award of Merit Medal for the Short Story from the American Academy in 1983; National Endowments for the Arts Fellowship (1983); the National Endowment for the Arts Senior Fellowship in Literature Grant (1988); the John Dos Passos Award for Literature (1992); the North Carolina Governor’s Award for Literature (1992); The William Faulkner Medal for Literary Excellence, awarded by the Faulkner House Society, New Orleans (2002). She will be presented with the 2014 Sidney Lanier Prize for Southern Literature on April 12 at Mercer University, Macon, Georgia.

Elizabeth Spencer was elected to the American Academy of Arts and Letters in 1985 and inducted into the North Carolina Hall of Fame for Literature in 2002. She is also a member of PEN Center USA, the Author’s Guild, and is a Charter member of the Fellowship of Southern Writers. Her stories appear regularly in numerous publications including the Atlantic Monthly, the Southern Review, and The New Yorker. Elizabeth Spencer resides in Chapel Hill, North Carolina.

In addition to The Rea Award for the Short Story, the Dungannon Foundation also sponsors Rea Visiting Writers and Rea Visiting Lecturers at the University of Virginia, and Selected Shorts: A Celebration of the Short Story at Symphony Space in New York City.