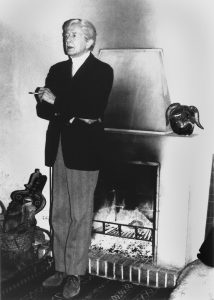 Paul Bowles, the American writer who has lived in Tangier, Morocco, for more than 40 years, was named the winner yesterday of the $25,000 Rea Award for the Short Story. The award, given annually since 1986 by the Dungannon Foundation, honors a living American writer who has made a significant contribution to the short story as an art form.

Although best known for his novel The Sheltering Sky, Mr. Bowles is the author of 11 story collections.

The judges for this year’s award were Joel Conarroe, an author and president of the John Simon Guggenheim Memorial Foundation, and the writers Francine du Plessix Gray and Joyce Carol Oates, who won the Rea Award last year. The jurors said: “Paul Bowles is a storyteller of the utmost purity and integrity. He writes of a world before God became man: a world in which men and women in extremis are seen as components in a larger, more elemental drama. His prose is crystalline and his voice unique. Among living American masters of the short story, Paul is sui generis.”